Model Overview
The EcoSport comes in one of four different trim levels with a choice of two engines and either front or all-wheel drive. The base engine is an extremely efficient 1.0L 3-cylinder engine aided by a turbocharger for a total output of 123 horsepower sent to the front wheels via a 6-speed automatic. A bigger 2.0L 4-cylinder engine is also available, making 166 horsepower and sending power to all four wheels. It's the standard engine on the top trim level, though all-wheel drive and the bigger engine are available as an option throughout the entire EcoSport range.
Standard features on the base EcoSport S include power windows and door locks, automatic headlights, a 6-speaker sound system with Ford's SYNC infotainment, power mirrors, auto start-stop technology, a hill start assist system, a rearview camera, blind spot monitors, 16-inch wheels, keyless entry and an alarm.

The SE version adds a few thousand dollars to the base price but includes quite a few more comfort and convenience features. The SE gets a better infotainment system, a power moonroof, reverse parking sensors, automatic temperature control, a leather wrapped steering wheel with audio and cruise control buttons mounted on it and powered, heated front seats.

The Titanium trim looks to offer a premium small car feel, with lots of near luxury features in a diminutive package. Included with the Titanium trim is a 10-speaker Bang and Olufsen sound system with SiriusXM Satellite Radio, a voice activated 8-inch touchscreen with navigation, perforated leather trimmed seating, 17-inch wheels, additional exterior chrome around the roof rails and the beltline, rain sensing wipers, rear cross-traffic alert, an auto-dimming rearview mirror and a heated steering wheel.

Getting financed with us is fast and fun. Whether you’ve always enjoyed a sterling credit history, are currently working on improving your credit score even more, or this is your first time buying a car, you can count on the friendly experts at Pugmire to make the whole process transparent and easy to understand. To learn more and get the ball rolling on the right loan for your unique financial situation, call 800-SALES or apply online now.

Easy and relaxed. Our primary goal is your total satisfaction, so we provide you with as much time and expert insight as you need to properly consider all of your loan options. This commitment to friendly, honest, and fair service is truly a breath of fresh air and ensures that you drive away happy, satisfied, and behind the wheel of the vehicle you've always wanted.

What are the steps in the financing process at Pugmire?

Great question. Securing a competitive loan from Pugmire takes only three easy steps. First up is to either apply online for pre-approval via our quick and convenient online credit application or call 800-SALES. From here, one of our financing experts will connect with you to go over the details of your loan offers and ensure that you have everything you need to make a smart and informed decision.

After reviewing your proposed loan terms and consulting with our financial advisors and your trusted personal confidants (friends, family members, etc.), there is only one step left: Finalizing the perfect loan for you via a simple and respectful process. By following these three short steps, you can make the most of the best loan experience here in .

What is involved in securing an auto loan in ?

The answer to this question includes a variety of factors, such as:

People from all around come to purchase a clean car, truck, or SUV from our used car lot each and every day. Most loans prepared by our team are entirely unique, so the factors that will shape your bank loan will depend on your specific situation, desires, and needs.

Our expert financial professionals are happy to find and present lots of great offers to ensure that you are in complete control and that you are receiving the best deal possible on the loan you need. Our customers make great and informed decisions based on all of their available options thanks to a perfectly transparent process that we take seriously.

Who can I call at Pugmire to get the financing process started?

Any of our amazing specialists will be more than happy to help you get the ball rolling on your dream car. All you have to do is dial 800-SALES when you have a few free moments and you'll soon see that getting approved for a car loan at Pugmire is quick, easy, and convenient. 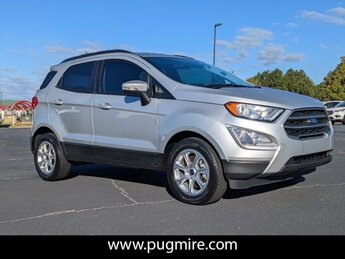 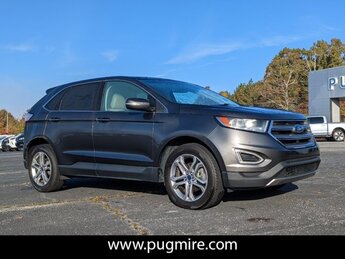 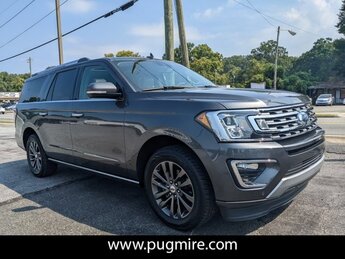 2019 Ford Edge SE
White
$30,991
*Price and payments shown are plus tax, tag, title, and Georgia WRA. Price and payments shown include all factory rebates and dealer discounts applicable to the general public. Price subject to change. Art for illustration purposes only. Must choose from dealer stock to receive prices shown. Must bring a copy of this in order to receive advertised internet price. Payments shown are with APPROVED CREDIT.
Close
Save
Close
Close